Welcome to Food Funda ChatBot! I can help you with your queries regarding Food Fortification, Edible Oil, Rice Fortification, Wheat Fortification etc. You can type or choose an option to talk to me.
If you are unable to find the answer, please type your question below.

The Codex Alimentarius Commission(CAC)is an international food standards body established jointly by the Food and Agriculture organization (FAO) and the World Health Organization (WHO)in May 1963 with the objective of protecting consumer’s health and ensuring fair practices in food trade. 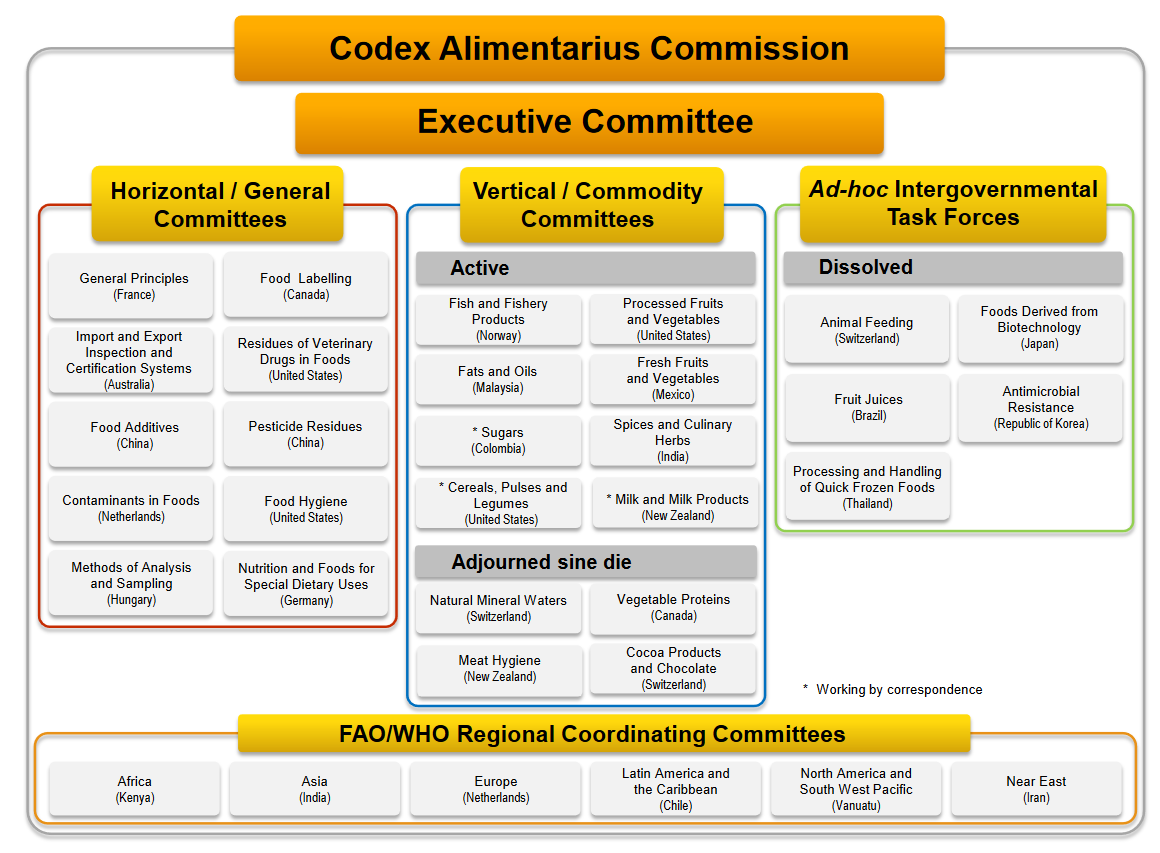 The food standards development work of the Commission is assisted by its Executive Committee and subsidiary bodies –General subject/Commodity Committees, Coordinating Committees and Task Forces. [+]

acts on behalf of the Commission as its executive organ and assists in the management of its programme of standards development, mainly by conducting a critical review of its work programme, making proposals regarding general orientation and strategic planning.

with an objective of developing guidance on the management of foodborne antimicrobial resistance is currently active.

“Voluntary in nature, Codex standards can be general or specific and are recognised by WTO Agreements as reference standards”